The Saints front office should have their eyes set on filling the receiver room with talent this offseason, starting with free agency. The 2021 receiver room was frustrating to watch with the absence of Michael Thomas and the lack of experience and skill that was presented through the season.

Callaway in the second half of the season did show flashes that he is capable of being a wide receiver three but that isn’t good enough. Never again should the Saints quarterback be throwing to Kenny Stills, Tre’Quan Smith and Ty Montgomery as the starters. The Saints have to enter free agency and the draft prepared that Michael Thomas won’t play in 2022, even though he will (hopefully).

The Saints had a total of 293 receptions which ranks dead last in total receptions and is the only team under 300. The Saints were also last in receiving yards with 3,437 yards. The production shows the lack of explosiveness the receiver room contained outside of the Deonte Harris deep ball from Jameis Winston (which was only for two games).

There is a ton of talent in the receiver free agency market this offseason. There are pro bowl calibrer receivers and some solid number two receivers who could be electric in the Sean Payton system. Some of these players will be off limits for the Saints simply due to the contracts that the player(s) would demand. The Saints front office could find a way around it and get a guy like Davante Adams if they wanted, but realistically they won’t. That would also rule out Chris Godwin.

Of the free agent wide receivers there are some names that standout that I personally believe would have a big year under Sean Payton and whoever the quarterback is, whether that’s Jameis or Wilson or whoever it may be.

Some names I would rule out automatically are Davante Adams, Chris Godwin, probably Allen Robinson. Before anything thought the Saints have to figure out the quarterback situation which if it plays out well, will attract receivers to New Orleans.
This list is in no particular order, just some names that I want the Saints to look into.

1. The first guy I would like to see the Saints target is Juju. The last time he was the wide receiver two in a system was in 2018, with Antonio Brown and he ended the year with 111 receptions, 1,426 yards and 7 touchdowns. He has the talent of running after the catch. He’s capable of making plays and as a wide receiver two next to Thomas would be a deadly duo. I’d say he’s in the range of $9 to $12 million a year.

2. A big playmaker with a ton of speed and explosiveness like Christian Kirk would be a sight to see under Sean Payton. While the Saints do have Deonte, he’s not someone who can be the wide receiver two a whole season. Having Kirk on the roster could bring back the downfield shots over the top, similar to what Deonte did in Washington and against Green Bay. He’s coming off his best season and is estimated to be around $10 to $12 million a season. Which is very expensive, but would be worth every penny for the Saints. It would be a long shot for the Saints to target him, but never say never.

3. Another Steelers wide receiver made it on the list and its James Washington. As the Steelers third wide receiver behind Juju and Claypool, he hasn’t had a really big year. His best season was in 2019 with 44 receptions for 735 yards. With a new system, quarterback, and being the number two guy next to Thomas, Washington could be a really solid option for the Saints. He has range from being a yards after the catch guy to being a guy who could take the top off the secondary which is someone the Saints could use in the passing game. Joining a team like the Saints could get his career back on track as a solid wide receiver two, a deal from $3 to $5 million a season would be an estimate.

4. A guy who could use a career revamp is Zach Pascal. His time in Indianapolis proved he could be a solid wide receiver as the second option. This past season with the quarterback change from Phillip Rivers to Carson Wentz decreased his production significantly. He won’t be a 1,000 yard guy or anything crazy but he will be someone who can be relied on as the secondary option, especially next to Michael Thomas. If he wants to revamp his career why not go play for Sean Payton and alongside Michael Thomas and Alvin Kamara? The only question is who will the quarterback be? His market would be around $3.5 million a season.

5. The guy the Saints nearly got in the regular season and will definitely look into is Odell Beckham. After a season with a pathetic Rams team (it’s personal) Odell will be a free agent this offseason. The Rams probably intend to keep Odell after his performance this season, but if he does end up available there is no reason the Saints shouldn’t push for Odell again. The Rams do have a limited amount of cap space, so while it isn’t impossible Odell could be a free agent at some point this offseason. He’ll probably be a $7 to $9 million per season guy.

Obviously the Saints aren’t guaranteed to target a guy like Juju or Kirk but I could see them in the market for more of a receiver like Washington or Pascal while looking into some middle tier to elite guys like Odell. They won’t make the biggest splash in the receiver market but definitely in the draft in the first or second round. 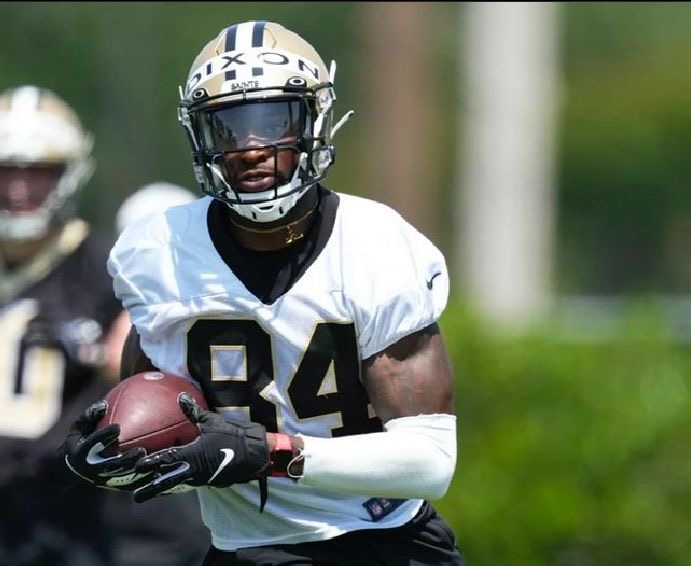 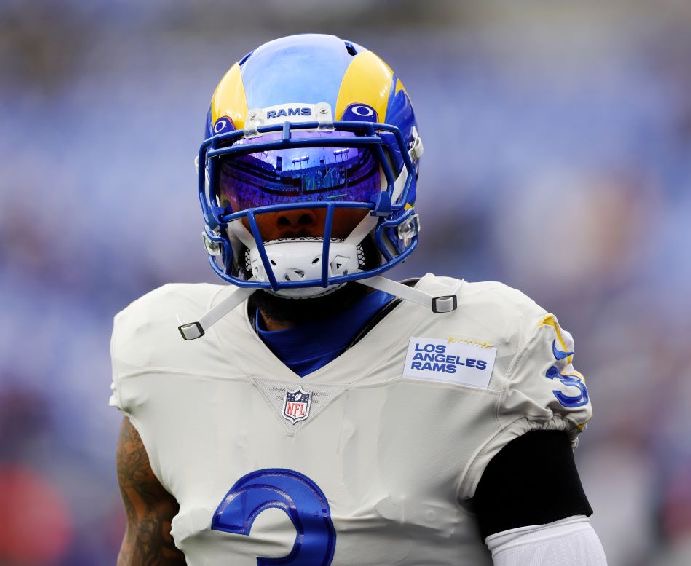