The first practice of the week for the Saints consisted of some positives for the team as they were getting some guys back. The roster as a whole is getting healthier as they prepare for their divisional matchup vs the Tampa Bay Buccaneers. This is a game where the Saints want to be at full strength if they want to win, and with some guys coming back there are reinforcements for the team.

Sean Payton sidelined due to illness

Wednesday Saints head coach Sean Payton voluntarily sidelined himself due to an illness. He tested negative for Covid and just worked from home on the game plan and joined the meeting virtually. In his place was defensive line coach Ryan Nielsen.

An update on Cam Jordan’s return

After being placed on the Covid/reserve list last Monday, December 6th, defensive lineman Cameron Jordan is set to return to practice tomorrow I’ve been told. He tested positive for Covid and missed his first NFL game in 11 years last week during the Saints and Jets game.

Ty Montgomery is back

Saints wide receiver/running back/ special teams contributor Ty Montgomery was activated off the Covid/reserve list as he missed last week’s game as well after testing positive for Covid.

After suffering an MCL sprain 3-4 weeks ago, tight end Adam Trautman was designated to return off of injured reserve and practice. Trautman was struggling earlier in the year, but showed some promise in the Eagles game prior to getting injured. Nick Vannett has been filling in for Trautman and has done a solid job in the run and passing game.

Adam Trautman was designated to return from IR.

Will Clapp signed to the practice squad.

Cleveland claimed Josiah Bronson off waivers after being waived by the Saints yesterday. 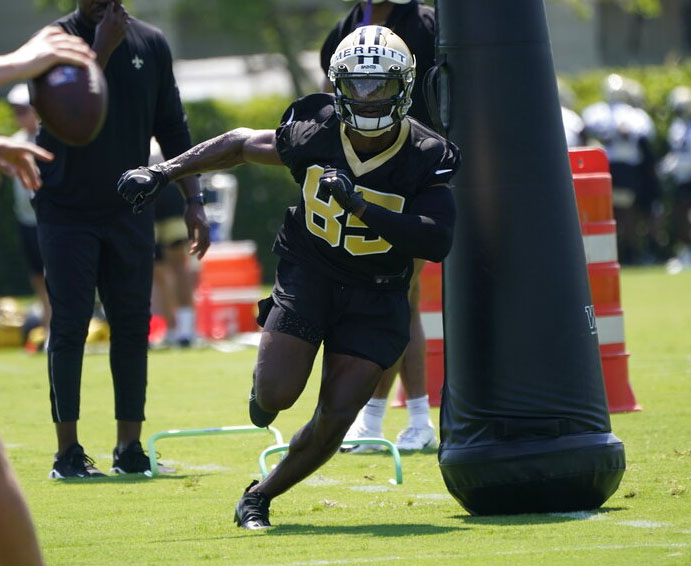