The final day of Saints practice before they prepare for their game vs the Jets showed some promise. They’re starting to get some guys back, but like this whole season, they also lost some guys.

With the Saints losing Ty Montgomery, Deonte Harris, and now possibly Lil’Jordan Humphrey that only leaves two receivers on the current active roster, Tre’Quan Smith and Marquez Callaway; and with practice squad elevations being limited to two, the Saints brought back Kenny Stills for this week.

The Saints appear that they’ll activate Easop Winston, and with the other practice squad spot being either running back Josh Adams, or flex player Malcolm Perry.

For this week at least the Saints brought Stills back after being released on Tuesday. His knowledge of the playbook will put him as a starter Sunday.

Saints quarterback Jameis Winston, who tore his ACL against the Buccaneers on Halloween, has started the rehab process of his recovery. He received surgery recently and is now working towards a full healthy recovery.

No game status (good to go):

No game status (good to go)

Kenny Stills was re-signed to the active roster.

Quarterback Jameis Winston began his rehab on his knee after receiving surgery for a torn ACL. 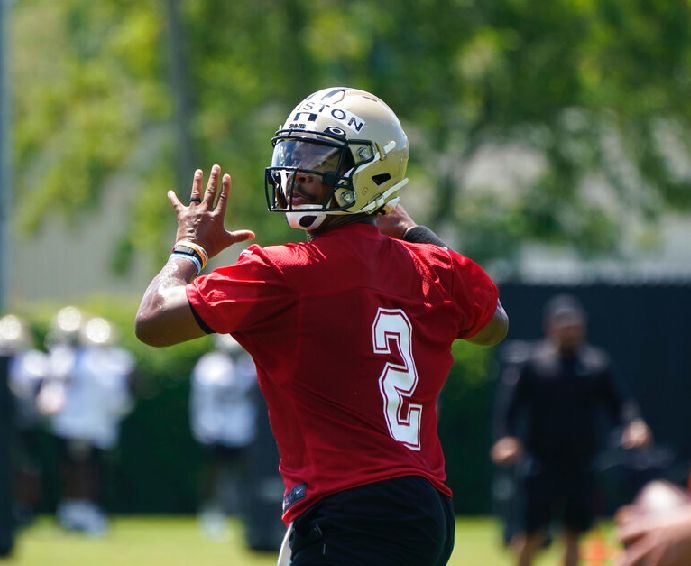