The Saints will have their third starting quarterback of the year as Taysom Hill will start for the Saints on Thursday for their game against the Cowboys.

Hill has been dealing with a partially torn plantar fascia the past few weeks, but after his evaluation of his foot throughout the week, the Saints feel comfortable with Hill starting for Thursday’s game. This injury appears to be the reason why Hill hasn’t started or played the last two weeks. With this injury the past two weeks, Hill has only been the emergency quarterback in the case of an injury, but now he’s healthy enough to take the reins and start at quarterback.

Last season when Drew Brees was injured, Taysom Hill went 3-1 as a starter throwing for four touchdowns, 834 yards, two interceptions and had four rushing touchdowns as a starter last season.

The Saints have been on a 4 game losing streak since the loss of quarterback Jameis Winston. Siemian has been the guy the past four weeks, but after some disappointing offensive performances the Saints are turning to Hill to bring their playoff hopes back to life in a weak NFC wildcard race.

The offense the past few weeks has been lacking spark and momentum. Few first downs, low amount of points, 3 and outs, and no third down conversions have all been results of the offense the past 4 weeks which tires out the defense. If it didn’t work with Siemian, an NFL veteran quarterback, then why would Taysom Hill be any better?

Hill provides the ability to use his legs which already gives him some  leeway to help out the struggling offense. With Armstead and Ramczyk questionable along with Peat already out, Hill’s legs and mobility will provide the offense with some short yardage as opposed to the costly sacks that Trevor Siemian was taking.

The third and short/intermediate situations have been missed by Hill and with him starting, we may see him run some quarterback powers occasionally. Obviously not as often as it was when Winston was starting. However, with Hill’s foot injury we may not see him run as often due to the pain in his foot. The injury is manageable for him to play, but maybe not run the play every time the line allows some pressure.

Along with Hill, Mark Ingram will be back and Alvin Kamara might play. Ingram by himself will open up the passing game with his efficient runs in the running game if he gets support from the line. Ingram provides some support to Hill on an offense where weapons and skill are thin in every aspect.

What to expect from Hill though as opposed to Siemian in the passing game will be quite a difference. Hill will try to get some quick passes off, some drag routes over the middle and some seven yard out routes to set up manageable down and distances. Hill will try to take more shots downfield more so than Siemian did, and maybe completes some, gets some momentum offensively and gives some hope to a limited offense. I’m not saying the throws will be pretty, but he will complete some of them.

This offseason Hill had to train with these receivers during the quarterback competition. There is some chemistry there and there will be a better connection between the quarterback and receiver than it has been the past four weeks. Week three when the Saints played the Patriots is a similar offense we could see. Winston wasn’t fully established in the offense but had some chemistry with the team while the running backs were the strength of the team. We will probably see a similar offense this Thursday with some easy connections with some adjustments made to make Taysom comfortable. Quick passes, screens, dig routes to set Hill up for success.

We’ve been wanting to see it for the past few weeks and it’s finally here, it’s Taysom Time. 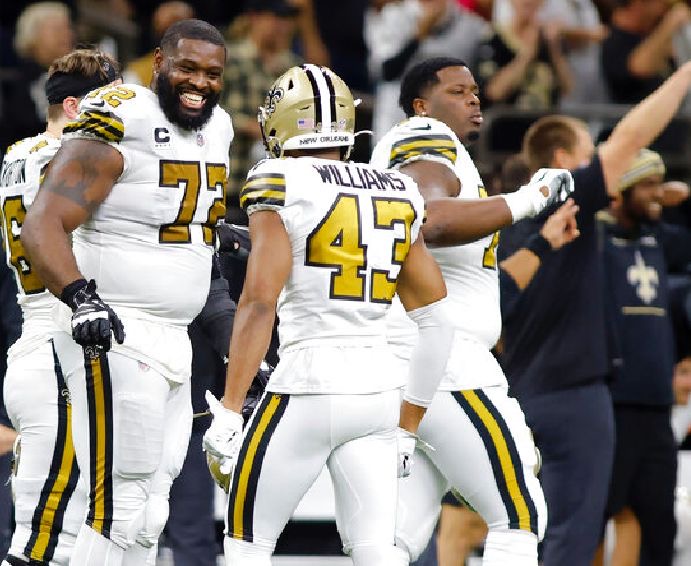 Saints 2021 Free Agents, who stays, who goes
With the Saints 2021 regular season officially over, the first step in the offseason is resigning free agents. Who does
1 2 3 … 37 Next »
Category: Game Previews, New Orleans Stories, Saints Outlook, Saints Regular SeasonTag: Saints by whodatt_admin